The original EQ (82E02) has brown LF knobs, it has 4 bands with sweepable Q on the mids and Bell/Shelf switches on the LF and HF. The slope of the sides of the Bell or Shelf alter with the degree of cut/boost (+/-15dB). HP and LP Filters are 12dB per octave.

Believed to have been developed by SSL to mimic the Pultec’s curves, very popular in Japan.

The same essentials as the Brown EQ with the following refinements:

NB- Black EQ cards can simply be inserted into channels that originally contained brown EQ and on consoles and racks this is what many people do; in this case the EQ works correctly and the filters remain as they were in the brown EQ ie. they cannot be bypassed and only have a slope of 12dB/octave. This is what we refer to as “brown upgraded to black”.

To achieve the full benefit of the black EQ, you also need to change 2 pots – very expensive ones and quite time consuming to do. This is what we refer to as “original black”.

The “Bell” switches of the earlier EQs for the HF and LF bands are replaced by “x3” and “÷3” for the mid bands leaving the LF and HF bands as shelving EQs with a characteristic dip and bump before the shelf boost and shelf cut. Other notable differences are that when boosting and cutting, the slopes of the curve remain the same therefore incorporating a wider frequency range with increased boost/cut, and gain range = +/- > 20dB depending on Q setting. It was launched as a response to the original Rupert-Neve Focusrite EQ. Filters behave the same as those of black EQ (see above). 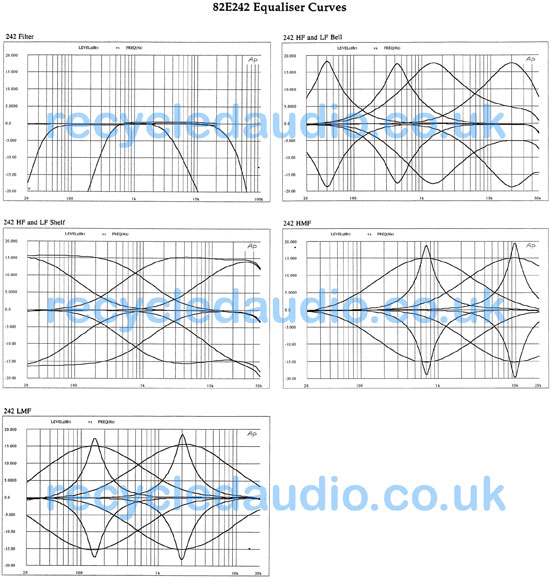 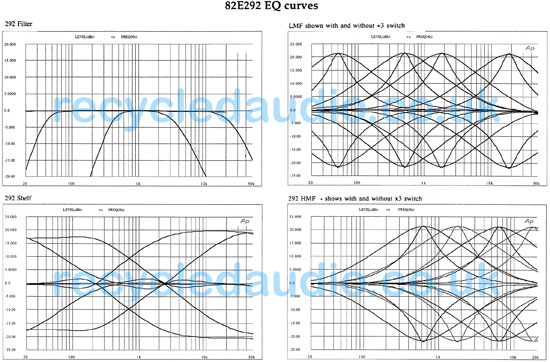 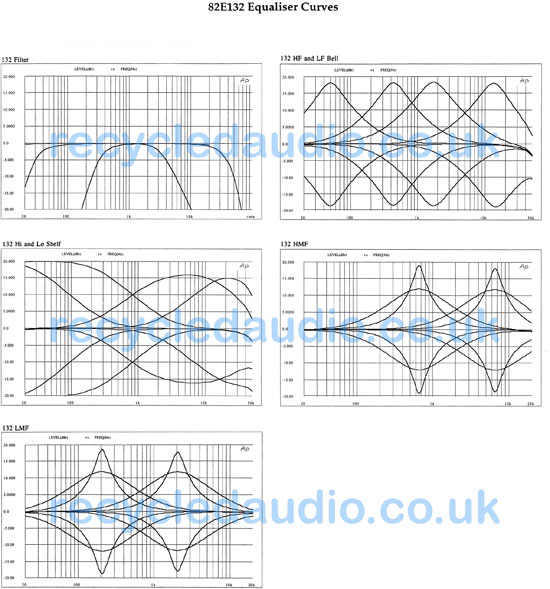